Hey y'all it's Dan. The response to High Magic Lowlives over the past month has been incredible. We saw support from family and friends as well as the designers whose work inspired the games that are central to HML's DNA. We launched with the goal of selling in one week what my solo venture, Nine Lives to Valhalla, sold in its entire run. In the end we almost quadrupled our goal. 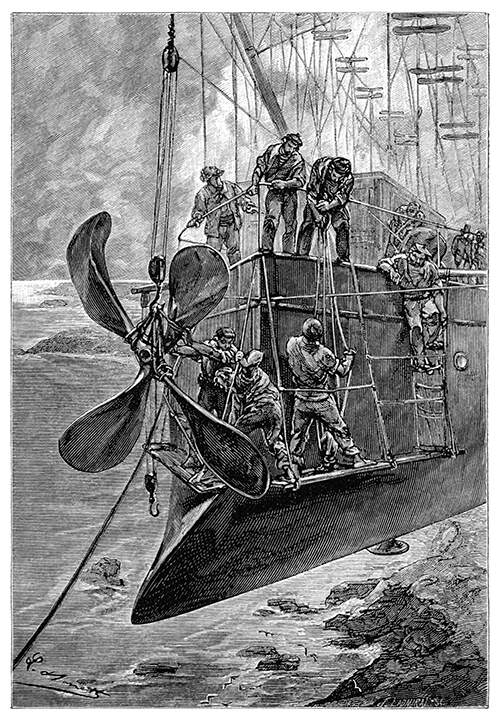 We had a baby seven weeks ago and decided it was a good idea to release a game soon afterwards. This was doable when she was alternating between drinking milk and sleeping but now she's making more time for "being awake and annoyed about it" which, like, I get it but also good lord is sleep in short supply. Between this and a return to the day job, development time has been hard to find. That'll remain true for the forseeable but I'm hoping that when sleep becomes a little more reliable that will help. Until then, here's the roadmap for what's coming with High Magic Lowlives:

Part the First - Making it Easier to Learn

When we put HML on sale for a week the promise was a bundled starting adventure, and that's our first priority. We're still in the phase of outlining it, and the first "act" will be framed around guiding the entire table through the mechanics of the game from safety tools to picking fights. Also probably an airship is gonna explode. Structurally it will probably resemble the starter adventure from Edge of the Empire, the fantasy flight games Star Wars RPG where everyone is Han and nobody's as afraid of the crime lords as you'd like them to be. As written, expect something similar to how Trophy Gold adventures are structured, with an organizational emphasis on themes and evocative moments rather than the exact layout of the space.

Once the adventure is done, ease of learning is going to be an ongoing experiment. There are a lot of ways to convey game rules including japanese style "replay" texts (basically a transcribed actual play), video content, etc. The major limitation here will be time and resources - I'd love to have an actual play tutorial with pop-up video references but also we lack the equipment and skills to make that happen. For now.

Speaking of different formats, that dovetails nicely into

I'm proud of High Magic Lowlives but I'll be prouder of it when there's a bookmarked PDF. The Layout is good, but it could be great. We have't even tested how well it interacts with text-to-speech software, nor played around with kindle-friendly file formats. High Magic Lowlives is written the way it is because it needs to be easy to engage with for players of all experience levels. That also means making it easy to engage with as an artifact, and providing multiple avenues to engage with it. This will take time, and not everything we try will work, but as the game develops we want it to be one where it's easy to absorb. Right now the focus is on good return on investment with the tools we have on hand, but this will be an ongoing development effort at least as important as playtesting the way the game works.

High Magic Lowlives is built on games designed with flexibility in mind and we want this game to continue that tradition. Aside from explicitly providing guidance on how to write additional material for HML, we'll also be working on optional rules to make certain elements of play more robust. We want to provide a template for how to tweak this game because game design is fun and good and more people should do it. Including us, tbh.

Part 4 - Also the game should be good

One of the hardest things to do right now is to carve out time to test High Magic Lowlives. We'll be running and iterating this accursed game for a long time as we drift toward a finished product that can be printed on dead trees with fancy art and good layout and all that stuff.

Updates will be coming soon as we have more to show on our adventuresome work. For now: thanks for a launch that exceeded our wildest hopes.