High Magic Lowlives is a Post-Dungeon Fantasy Tabletop RPG about wizard school dropouts who get into trouble with the Immortal Aristocracy to make coin and build their #brand.

Like old school RPGs this is a game about a crew of weirdos finding subterranean vaults filled with treasure, kicking down doors, beating up guards, setting off traps, and taking home as much coin as you can carry.

Like new school RPGs the mechanics are simple, drive the story forward, and don't rely on a ton of preparation in advance.

Unlike any RPG you've ever played before you can get paid for livestreaming your fight against the jack-o-lantern queen of zabraxas. Your companions would probably prefer you help them survive the fight, but they'll forgive you when you capture their critical hit for all to see.

Clocking in at over 18,000 words, High Magic Lowlives includes:

If you're interested in watching the game run live, you can see our Actual Play on the Happy Jacks One Shot Saturday here:

If you're interested in knowing what High Magic Lowlives sounds like, consider the following mixtape we made just for you:

"This game is based (in part) on World of Dungeons and Blades in the Dark, and I'm delighted to see the way they've been incorporated as well as the very clever tweaks and interpretations into something new. If you like WoDu or Blades, I recommend it."

"Dan has created one of the most fun, brilliant, hilarious games I've ever had the chance to play. Not only does it have an incredible premise, it executes that premise perfectly. I haven't laughed this hard reading or playing a game in a long time."

"The tone, the rules, the worldbuilding... everything. When I finally manage to wean my home campaign off 5E, [High Magic Lowlives] is what I want to lead them to. It's so much better at encouraging/allowing the kind of play that ACTUALLY occurs at my tables. A gem. A room of gems, even."

In order to download this Tabletop RPG you must purchase it at or above the minimum price of $10 USD. You will get access to the following files: 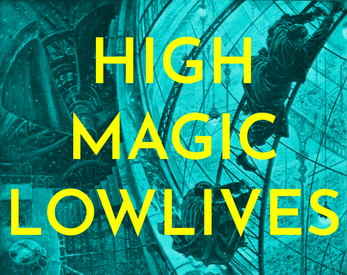